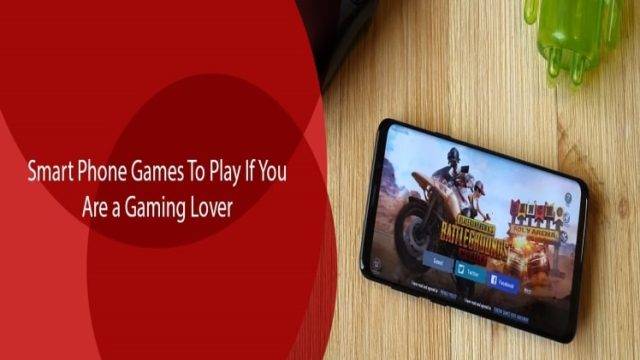 While we hear a lot about video games and gaming consoles, we often overlook how wonderful it is to pass the time with engaging games on our smartphones. Well, we frequently use our phones to pass the time when waiting at the dentist’s office or on the train. While we overlook these games, but if you do check out, there are plenty of mobile phone games that you can play and the collection of games under each genre is countless. Some of the games we have listed here are a lot of fun to play and a good way to kill time. So, have a look at the list and pick your favorite games to play when you have some free time.

Subway Surfers is a single-player smart phone game in which you must avoid oncoming trains, barriers, and other obstacles while escaping a train inspector that is behind you. A player can collect money along the way to improve their score and unlock unique abilities as hover boards and wings. If you run into a train or a hurdle, the inspector will catch you and the game will finish. You can play this game in your spare time or while waiting for the train, since it is recognized to be a game to be played in your spare time.

Doodle Jump is a platform game in which you must guide Doodler, a small four-legged monster, up a series of platforms without falling. You must tilt your smartphone in the appropriate directions to move the Doodler and keep him from falling. You only have to direct the cute little monster to the platforms.

Crazy Kitchen is a smartphone game where you can play as a visitor or a chef avatar by uploading a selfie. You must feed a big number of customers while also save your family or friends from the ice in this game. To make a score, you only have a set number of moves to select three or more matching food icons. This is how the game will continue until you reach your goal. If you run out of moves before reaching your goal, you lose the game. You are given 5 extra lives, allowing you to replay the level as many times as you like before your lives run out, and you are then transported to the next level once you win. As you go through each level, the difficulty of the next one increases. Based on their performance or by constructing big food chains, your player can receive a number of bonuses, boosters, and advantages. Your boosters can be acquired and utilized later to help you complete a more difficult level.

8 Ball Pool is a call shot game played with a cue ball and 15 numbered balls. In this two-player game, each player is given a different type of ball series. The player who pots all of the balls gets a shot with the 8 ball, and whomever pots the 8 ball in the end wins the wager. Well, the only twist is the white ball, which you have to hit carefully in order to win the game. One thing about this game is that it can only be played online if you want to play it with real time people.

Well, to play this game, all you need is a good internet connection that you can also access outside, and for that, we suggest Xfinity. Xfinity deals not only provide you great speed in super affordable rates, you also get to use their super secure outdoor WiFi hotspots all across the nation. There are 20 million WiFi hotspots available, which you can connect to when you are on the go. So, it allows you to play games safely even when you are out.

Bowling Crew is a game that is not like regular bowling. This game only features three frames with the same 10 pins that must be knocked down in two attempts, as opposed to ten frames in a typical bowling game. Your score is determined by the amount of pins you can knock down in one go, and if you perform well, you will receive a bonus. The maximum score for a single frame is 30, which means that all pins have been knocked down and the maximum bonus has been won. Your scorecard is displayed in the upper right hand corner, and your highest score determines the perfect game.

Candy Crush Friends Saga is a game where players must navigate through stages in a similar fashion to Crazy Kitchen, but with a different dynamic. Throughout the game, characters from previous and current games appear. In addition, you must match similar-looking candies in a particular number of moves, similar to Crazy Kitchen. After matching more than three icons, you can get boosters, and you can even get extra boosters as gifts while playing the game. You will be immediately transported to a more tough level after completing the colored oval-shaped level on the map. Furthermore, you are given 5 lives to replay your games, and you must wait for them to recharge before playing again.

Beat Blade: Dash Dance is a free rhythm game with a big collection of well-known songs and new tracks uploaded on a regular basis. If you have never played rhyme games on your phone before, it can be challenging at first, but it becomes easier after you get the hang of it. You may learn how to play the instrument while performing your favorite songs. In order to strike and intercept icons, you must run and move your character; the more symbols you hit in a row, the faster your meter builds. Much as in Subway Surfers, there are obstacles and barriers to avoid, since if you get stopped by one, your game is over. Furthermore, you can use your coins to unlock new songs, and your songs determine the difficulty level of the game. Furthermore, your energy levels determine the number of songs you can play each day.

Raid: Shadow Legends is a fantasy-themed turn-based role-playing gacha game. The game takes place in Teleria, a fictional realm that has been subjugated by the Dark Lord Siroth. Even though similar gacha games, such as Star Wars: Galaxy of Heroes, can be auto-played with little actual attention, the vast range of things to do in this one can lead to players sticking to less successful farming strategies because they don’t grasp what the various game modes are for. There are several game modes in Raid: Shadow Legends, each of which is helpful in its own manner. So, while it may take some time for you to grasp and get the feel of this game, once you do, there will be no turning back.

There are many genres to pick from when it comes to mobile games, but there are a few that never go out of style and remain as addicting as they were when they first came out. The above-mentioned mobile phone games will undoubtedly keep you occupied and provide a great way to spend your leisure time. This article covers a variety of genres, so we hope you find something you enjoy.